What To Do When You Can’t Let Go Of Anger

When you can’t let go of anger, there aren’t many options. On the one extreme, there’s letting the anger become so all-consuming that things get broken and people get hurt. On the other, there’s stuffing the anger down deep inside. If you were a big fan of either of those approaches, you probably wouldn’t be reading an article about what to do when you can’t let go of anger right now.

You have a good reason to be angry. Maybe it was a long time ago, but the anger still feels fresh. It would be wrong to take that trigger away from you. Letting go of anger doesn’t mean you let go of the trigger, but it does mean your response to the trigger must change.

Although our brains are hardwired to process triggers, and to offer us an emotional response ranging from anger to sadness to fear to joy, we also have a choice about our response to those triggers and the ensuing emotions. What will you choose when you’re triggered?

Your brain’s most basic response to a trigger will be in support the “Famous Five F’s:” Fight, Flee, Freeze, Feed, or F*ck. That elemental kind of response has kept human beings safe and thriving for a long time.

But you can modulate your response…it doesn’t have to be all or nothing. The good reason you’re angry demands a better response than the Famous Five F’s, even though that’s where the response begins.

With enough practice, you can re-wire your own brain so that a trigger gets connected to a more, shall we say, civilized response.  That is, when anger is triggered, rather than carpet-bombing everyone else’s social media feed, one could use the energy in the anger to join a protest march, or work for a cause, or take it all out on a punching bag before deciding what to do.

This intentional rewiring – called neuroplasticity – offers your brain a chance to create new neural pathways around a particular trigger, and you can use that feature of your brain to explore novel responses to the good reason you’re angry.

If neuroplasticity is new to you, the nine and a half minutes of neuroscience in this video will help you understand how it works.

Now, let’s investigate your options for a response to the burning anger that won’t let go of you.

What Not To Do

Just so we’re clear, it’s fine to be angry.

What’s not fine is turning that anger to a destructive purpose, whether that’s against yourself, someone else, or a whole lot of other people or their stuff. That’s not fine.

It doesn’t matter if your belief system gives you a free pass; please hear this: it is not OK to break things and hurt people just because you’re angry. Even the military, which has the job of breaking things and hurting people, drills hard so that its primary function won’t be impaired by emotions especially anger and fear.

This world doesn’t need any more collateral damage, either, so let’s put that excuse aside, too.

Please know that to act destructively in response to anger is just as deprived of humanity as the anger trigger itself. That sort of response doesn’t help, and it usually makes the actor a target of unintended consequences.

Again, because this is important: if you are so angry that the fallout from your anger will contaminate everyone and everything around you for a long time, just stop. You deserve better.

If I Only Knew What To Do

One of the easiest mistakes to make when triggered is to act irrationally. Remember, there’s a good reason for the trigger, and, if your emotion is an honest one, its purpose is to keep you safe and thriving. Yes, even anger is there for that purpose, but it’s a very rational emotion with a good reason behind it. Acting out in response to anger might feel like a release, but we humans are designed to work better than that. 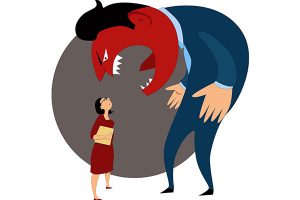 When we are awash in anger most of the quick responses we have are primitive. Heart rate increases. We sweat. Muscles tense in preparation for action. The brain’s ability to think clearly is subordinated to a more immediate need, such as protection or safety. Back in the distant day, once safety was re-established, our distant ancestors would then feel free to respond to other triggers around them.

It may seem counterintuitive but, to save yourself some wear and tear, why not just hang out with your anger for a while? Don’t do anything except just feel it. Use supportive angry music in your headphones while sitting in a comfortable chair in safety. (Any music that triggers your anger will do.) Get as angry as you possibly can for a good long time – three or four minutes at least. Really try hard to sustain that anger for as long as you can without doing anything about it.

Hint: giving yourself entirely to anger is the best thing to do when anger won’t let go of you.

Just do it. Without doing anything because of it.

The Practice Of Anger

You read that right. The energy around anger can be quite scary, harmful, and intense. But that same kind of anger energy can power our contributions to society. For example voting in elections, volunteering to help homeless people, or giving to charitable organizations are all great ways to turn the energy in issues that anger us into productive purposes.

As you become more familiar with how anger feels to you, you may discover different aspects of the anger emotion. As you allow yourself to be angry in various ways, notice how each of them can feel different. Music is your friend here, too, since you can dial up different degrees of musical anger and examine your response in safety.

This type of practice helps smooth the destructive tendencies we humans can have in response to an anger trigger. Get to know your own responses to various anger triggers and you will greet them more as familiar acquaintances and less as reasons to rant.

Take It On The Road

When you feel that you’ve had enough practice in a safe environment, consciously choose to take your practice on the road, out into public, in real life. Skip the insulation social media offers; the idea here is to experience the real thing.

Pick a trigger you know well, like road rage or distracted pedestrians. This keeps the test experience somewhat impersonal, and a more arms-length trigger may be easier to manage as you learn to use its power.

Prepare in advance for the trigger. That is, before another driver cuts you off of someone reading a text walks in front of your car, tell yourself that you will allow the anger but not respond until the anger has passed. When the trigger hits, feel it fully without fear; you’ve been practicing this stuff! Save your response until the emotion passes.

Now, go get triggered. When you are, be prepared to take some time with the feeling of anger, allowing that feeling to play around in your always-re-wiring brain.

Yes, your brain is always re-wiring itself. Your practice helps it do that. And when it comes to anger, don’t we all want to let it go?

Allow anger – or any emotion – to flow through, instead of holding on to it by stuffing it down inside, and it will pass. It’s going to take work and practice to let off all the pressure since many of us are taught from an early age not to be angry.

I took me years to be able to feel anger clearly. You see, I had learned way too well how to will anger away…except it wasn’t going away; for me, stuffing my anger just turned it into depression. When I learned how to let the anger flow, it naturally let go of me. I still get angry, but I let it flow, then choose my response more consciously and less dangerously. And I’ve dealt with depression too so that I have a more authentic experience of the emotion of sadness that’s unconnected to stuffed anger.

Ask yourself: why do I hold on to emotions I don’t want? Stuffing anger is holding on to it! Let it flow – in safety – and it will go.

Yes, really. Let it flow, and it will go. Like me, you may have quite a bit of stored-up anger (and potentially depression connected to it as I had). It takes practice to let all that flow, but it can be done.

There’s no magic (or silver) bullet for this, and, to our credit, we all learned how to “manage” anger during the course of our lives. This approach – letting it flow – might seem new, but musicians, writers, artists, actors, and most creative types of people, in fact, practice this as part of our craft. This practice keeps us in the game. It helps…a lot. You can use it, too.

If coaching and accountability are what you need, reach out to us here.

You can do this. You deserve it.

If you are still wondering…

What To Do When You Can’t Let Go Of Anger?

Check out this article: How to Let Go of Anger So You Can Get On With Your Life, or try this one,  which is about letting go of anger and resentment from the past.