Remember breakfast? A table full of cereal boxes, bowls, spoons, sugar, and pitchers of orange juice and milk? On Saturdays sometimes there would be toaster waffles or pancakes, bacon and eggs, and maple syrup? If you were really lucky, oatmeal or grits? Sometimes fresh biscuits with butter and honey? And how about those cereal ads with a very motivated tiger explaining how sugar-coated corn flakes were “part of a nutritious breakfast?” Yeah. Great.

That was before the fast-food crush: Egg-A-Muffins, grab-and-go, designer coffee, and instant everything. But one thing hasn’t changed much since the Health Administration (HA HA HA) decided to commandeer the list of ingredients on the side of every package containing processed food: the Nutrition Facts as we see them here in America. It’s that black and white box printed on the side of everything that is supposed to guide us all to better health through food.

I know. But I don’t want to argue over how accurate they are, and whether or not anyone ought to eat processed food, since they’d put this stuff on fresh fruits and vegetables if they could. Instead, let us consider the numerical content of those Nutrition Facts themselves. In a general sense. I’m not a nutritionist and don’t want to be, because that’s not the point here because numbers are.

Numbers, like words, actually mean something, and they mean a whole lot more when the context is clear. The numbers in the nutrition box are no exception. A lot of effort went into determining how much of all those daily “essential” nutrients are necessary for the average bear. Researchers and scientists and experts of all kinds really worked hard to decide, on average, exactly how much of which nutrients were necessary for our sustainable good health. Eventually, with the help of medical professionals, who had discovered that the processed foods we eat were doing a better job of killing us than keeping us healthy, measurements of carbohydrates, protein, fat, and cholesterol joined the array, along with a new awareness of calories and sugar.

Then, since people kept dying of food-related illnesses, the experts decided that our understanding of these ever-expanding Nutrition Facts needed improvement. Good idea. Food education became part of school. Now, the experts believed, we could know for certain exactly how healthy the food was in our school cafeterias. And we learned how to spell diabetes, and could understand why some people died from it, rather than from cancer or from heart disease.

The soda wars came next. This was particularly useful since, at long last, we could see how much sugar we consumed in each 64-ounce drum we drank. And it seemed prudent, I guess, to list caffeine levels on the label as well. But sugar was bad so artificial sweeteners became part of the mix: pink, blue, yellow on the table or buried deep in the fine print of ingredients, far below the screaming bold print of the reduced number of calories. Who cared if the artificial sweetener was killing you? At least your zero-calorie energy drink is sugar-free, tastes great, and delivers the maximum legal dose of caffeine.

Somewhere along the way, our ability to make sense of the Nutrition Facts themselves just got lost.

This infamous line, somehow attributed to Sgt Joe Friday from the TV series Dragnet, offers us the only compassion we are going to get from Nutrition Facts themselves, and not a lot of compassion at that. Numbers, as they say, don’t lie, but when they’re out of context they become meaningless.

During the 90s, maths scores in America improved. At the same time, Americans’ abilities to apply mathematics in everyday life declined. The instructive failure of A&W’s 1/3-pound burger, which was bigger, tastier, and cost the same as the McDonald’s Quarter Pounder reveals this maths applications issue. People had a hard time understanding that one-third of a pound (1/3) is actually more than one-fourth of a pound (1/4), and continued to choose the Quarter Pounder because of this misunderstanding of a mathematical fact. (Wendy’s success with its “Where’s the Beef?” ad campaign may have been related.)

Other than the obvious question (why are you eating so much fast food?), let’s recall that people at that time didn’t have the benefit of Nutrition Facts pasted to the Styrofoam clamshell containing each and every fast-food burger. Obviously, that was the problem, right? Well, the food bureaucrats fixed that, too. Too bad that A&W was on financial life support and its 1/3 pound burger was history, but would a label have made any difference? (By the way, A&W is trying again with a 3/9-pound burger.) But we digress.

The point here is that even with the plain mathematical facts (1/3 is larger than 1/4) Americans didn’t change their behavior. It simply takes more than facts (how much taurine is in my energy drink?) to make better choices. And to make better choices requires actual maths-based thought, which is hard work. Given the ever-increasing number of people risking their lives on processed food, there’s anecdotal evidence that, whatever their caloric intake might be, some people are not applying numeric nutrition facts to preserve their own lives.

Who can blame them, really? Choices abound! More vitamins D and C are good. Less sugar is good. Fewer calories are good. Watching our sodium intake is good. This vegan cracker contains no cholesterol (duh! it’s made from plants) and this meat is gluten-free (also duh!) so both must be healthy choices for me and I’ll jsut eat as much of them as I want.

Those Nutrition Facts are per serving, correct? And what’s the serving size? Does anyone pay attention to this fact after opening a bag of potato chips? Single-serving packets were the answer to that, but 50g of oatmeal does not a filling breakfast make, even though the Nutrition Facts assure me that I’ll have consumed 26% of my recommended daily allowance of sugar while only reaching a smidge over 10% of the calories in my daily 2,000-calorie diet. “Part of a nutritious breakfast,” remember? And probably not the truly nutritional part with that much sugar.

Maybe those numbers went by too fast. Stop and re-read if necessary. 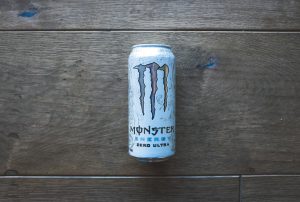 The point here is that perhaps we’ve assumed too much. We assumed that Nutrition Facts would help us make better food choices, and perhaps that’s true, but when the population for which those facts are written understands them but fails to use them to make their own health? That’s a problem. It’s a big enough problem that people are dying because of it. No one can blame the do-good food facts people. “We told you so, right there on that energy drink, and you drank it anyway, right alongside your Lucky Charms,” they’ll say. And they’re correct.

The Real Casualty of Maths

Statistically, not that many people are dying because of failure to understand numbers on food labels. There’s a bigger issue here, and it’s scarier.

When one is unable to apply basic mathematics in real life, one loses factual objectivity around many things. Mathematics is a fundamental component of economics, for example. Next time you have an opportunity, try to sort out for yourself why gasoline or eggs cost what they do. You may surprise yourself when you reach the obvious answer, and it may take some heavy mental lifting at first, but after you do the work, other things might become more clear as well. Browse through any investment prospectus for example, and imagine what you might choose to do without an investment advisor. Are your maths skills up to that simple task?

Polls are another good example. Polls are a scientific evolution of what handicappers still call “odds:” a better guess at the outcome of some future event. When one applies mathematics to polls, it becomes obvious very quickly that polls, while being decent markers of wide beliefs about some factual thing, are only slightly better than odds when it comes to predicting outcomes. Challenge yourself to understand the mathematical basis for polls and you’ll quickly learn the reason why you barely passed that college statistics class. And, if you know any handicappers personally, you might ask one for their opinion on polls, which might surprise you and possibly challenge your beliefs. While you’re at it, ask the same handicapper about that investment prospectus.

In addition to handicapping horse races and picking stocks, economics and statistics are just two other examples of maths in action. Get any of those applications wrong and, well, you can easily become susceptible to random false beliefs that have a huge impact on your financial health. We’re not even going to dive into ranked-choice voting here, but I think you’re getting the point: correctly applying maths is a very useful life hack, especially for stock market investors, pollsters, handicappers, and even establishing a workable family budget. Without a working understanding of maths, numerical facts are variously interpreted to fit whatever supports one’s beliefs, as when Presidents get blamed for present economic realites that resulted from past economic realities or are held accountable for gasoline prices. It’s analogous to The Emporer’s New Clothes, save that learning a few mathematical applications takes a bit more work than seeing what is factually right before your eyes: a third-pound burger weighs more than a quarter-pound one.

In case that veiled mathematics reference flew overhead, what it means is that the bottom line is approaching, along with a call to action. Here we go, and I’ll number the points for clarity:

The call to action? Remember those annoying middle-school maths word problems? Get better at them, and soon, please.

Computerization doesn’t solve our math applications problem. Economists and statisticians love the power of today’s tools, but the rest of us who lack basic application skills still choose the 1/4-pound burger. Siri and Alexa may give good advice, but until our fast-food beliefs become more firmly supported by math applications, we’re not going to stop eating cheap, smaller burgers.

So, if you must, blame the cereal boxes for dumbing it down, the well-meaning bureaucrats for ducking responsibility, and the government schools for teaching a curriculum starved of real-life math applications, but at the end of the day this comes down to you and me, and who wants to take the blame like that? Instead, why not ask: what are we doing to be more skillful with math applications? What didn’t we learn about fractions – fractions! that was third of fourth grade! – that could help us make better value-based choices in fast food, should we feel compelled to eat it?

We can’t ignore or offshore this one. AI is only as smart as the experts who program it, and factual support internal to AI must rely on measurement, not belief. Maths are a great way of supporting belief systems, especially about physical health, and expert instruction is available online and for free at sites such as Khan Academy. Hiring an outside expert on-demand to guide your food choices or explain gasoline prices isn’t an option for the masses who need this practical understanding now. It’s time to dig in and discover that the brain really is wired to make reasonable, fact-based choices. Clearly, some of those choices are important, and just as clearly, there are a whole host of beliefs out there that aren’t factually supportable, even by mathematics.

Since it’s our choices that keep us alive, if you feel yours aren’t leading you where you want to go, it might be time to ditch cereal box maths for proven applications that work, even when it comes to choosing what to eat.