The Two-Minute Treatment series is for people who are too busy and need help now. As with all treatments, if you need to, please take time to research the links before just jumping in. If you don’t need lots of footnotes and “science,” just go for it.

Electric scooters going the wrong way on one-way streets. Pedestrians that just walk out in front of oncoming traffic without looking up from their phones. Distracted drivers who think it’s OK to cross multiple highway lanes so they won’t miss an exit. Survival of the fittest is threatened by such things. And the triggers! This kind of stuff can turn an otherwise pleasant drive into a rage-filled nightmare.

It doesn’t help to react in the moment. You want to be another statistic? Fine: pull over, jump out of your car, and try to get into a fight with the other driver. Yeah. That will help. There are too many reports of drivers who wind up hospitalized or worse by expressing their road rage in the moment.

Being oblivious is not an excuse. Neither is doing something stupid when you ought to know better. But road rage is a thing, so let’s give it a two-minute treatment.

First, get over your reaction

If you want to be a contestant in the Darwin Awards, go ahead and play out your reaction,  otherwise, keep your hands on the wheel and get over your bad self. Your rage is justified…probably. Whatever happened was just plain stupid, you weren’t at fault, and the other driver deserves what’s coming to them.

Two people in the last three months who were in car wrecks that weren’t their fault were surprised at their first reaction to the wreck: they wanted to punch the other driver. The rage was that strong. Both expressed surprise at how strong their reaction was, and, because of the wreck, neither one could leave the scene for a while.

So are we done with the Rage of the Moment already? Fine. Let’s move on. There will be time – later, not right now in the middle of traffic – to bring that rage back to consciousness. It will be waiting for you but on your terms.

Keep on driving, responsibly, and tell yourself that you will deal with the rage soon.

In what some have called The Era of Contempt is there any hope? Rage seems very destructive and expressing it can be. So how do you experience rage without expressing it? To accept the hope that rage offers you – yes, there is hope in rage – you must put it aside in the moment if you can, and purposely revisit it later.

Rage – an intense kind of anger – has powerful energy in it. Don’t all of us need energy? The power in rage is immediate, intense, sometimes blinding. There are anecdotes, supported by science, of intense fear motivating people to superhuman feats of strength. Rage can do that too. Like fear, rage triggers adrenalin, and with that can go some amazing “hysterical strength.”

You don’t want to misuse the expression of this kind of rage!

Most of us don’t have tried and true ways of dealing reliably and safely with rage. Whether that’s from inexperience or ignorance matters not: rage isn’t a socially-acceptable emotion, so we – mostly – hold it in. That’s fine, provided that you also make time to process the rage so that it leaves you intact, uninjured, and emotionally on-balance once again. 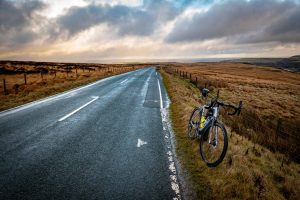 When you are away from the road, rage safely on hold, you can prepare to use the energy in rage. Relax in a comfortable chair, jack your over-the-ear headphones into your favorite music player, and get ready to feel some rage.

What music really makes you angry, even rage-full? Don’t have any? Well, you ought to! Here is the best-of result of 30 years of music videos, curated by Junkee.com. Pop music doesn’t do it for you? Quora has a list of Classical music that will get you angry.

The idea is to use music to re-experience your earlier road rage. Let the music play until your rage is complete. If this is the first time you’ve done that, it could take a while: intense emotions tend to string together and unspool themselves one at a time. If you’ve stored up a lot of them, it may take longer than you think until the rage subsides or feels spent.

That’s true, especially if you’ve never done this before! The idea is to get familiar with rage, practice your response to it, and use that practice to unlock the power that’s in rage. With diligent practice, like exercise or learning a language, you will become skilled enough to access the energy in a rage without the need to express it by breaking things or hurting people.

When you take the edge off of rage using music, what’s left is a kind of non-specific energy that you can spend any way you like.

And, again, with practice, you will be able to get your road rage response done in under two minutes. Just think: all that incredible energy inside you, at your control, ready to be used for good.

A great popular example of how this works is the song “Lord is Coming” by H.E.R. It’s a two-part song: rap poetry followed by a musical mantra. The poetic spoken word of the first part is full of rage, but there’s a final message of hope. That hope is played out musically, in contrast to the angular nature of the poem. This second section of the music is a plea for so much better. The whole song is in a minor key, amplifying the paradox that what doesn’t kill us makes us stronger.

Reach out. You’re not the only one dealing with road rage, whether its unwanted or completely justified. Contact us.